New “Sutti Bounders” modular pediatric dynamic elastomers are a patent pending elastomer technology that offer two progressive solutions. Sutti Bounders store and return energy - mimicking normal muscle function to produce both eccentric and concentric contractions and if needed, a ground reaction force. Smart and simple modular design, standardized sizes and three levels of performance to choose from add up to an easy to use expandable dynamic system to treat your pediatric and young adult patient base.

We have 2 varieties available. The difference is the end cap at the Dorsi Stop. 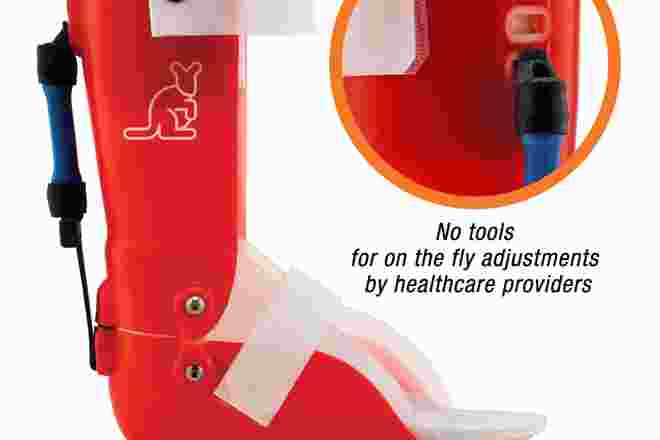 • Providers can easily adjust at any time -no tools required 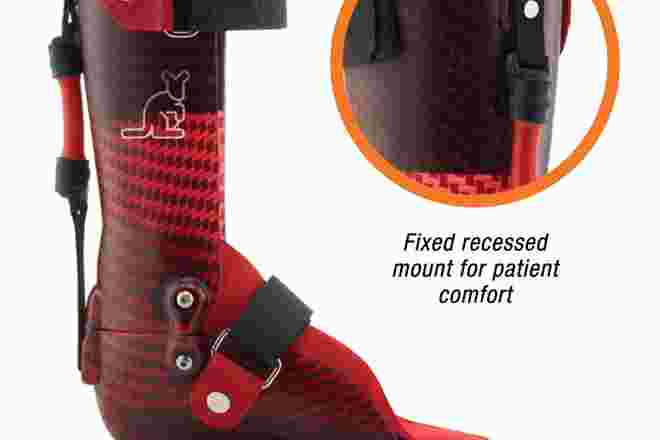 • Available in one (1) length and three (3) durometers

In midstance the tibia progress forward over the foot as the ankle begins to move into dorsi-flexion. At this point, Sutti Bounders elongate similar to the posterior compartment muscles and the eccentric action pulling on the elastomer assists the tibial progression and provides a smooth transition from the loading response.

The elongation of the Bounders elastic structure stores potential energy which is used later and released in the gait cycle for active push off.

Bounders Dorsi-flexion (DS) Stop designs are modular, changeable and have an integrated rigid stop that can be set to stop tibial progression at any point. In the initial part of gait, Bounders works like eccentric muscles while also providing the option to limit tibial progression and improve kinematics in crouch gait.

At any point within midstance the Orthotist or Physical Therapist can set the limited motion stop to limit tibial progression. This happens when the inner DF limit cord, hits its end point. The advantage to this is that not only is the elastomer storing energy, but the inner DF limit cord also stops forward progression to produce a ground reaction force. In crouch gait patients, for example, with adequate hamstring ROM this helps create knee extension and stance stability.

In late stance as the patient shifts weight to the contralateral limb the posterior elastomer recoils and the potential energy, which was stored in early stance, is returned to kinetic energy and the patient is able to utilize their third rocker and propel forward. This is advantageous in patients that hyper-pronate and are not able to lock out their midfoot for proper biomechanics. With a solid biomechanical foot plate and the use of Bounders relative normal kinematics is achieved.

How to choose the correct Bounder

• Eccentric control to assist with smooth progression of the tibia

• Works with patient’s muscles to provide support for normal gait

• Reduces the effects of Dystonia through increased proprioception

Sutti Bounders are a perfect choice for:

• Weak or absent forefoot push off 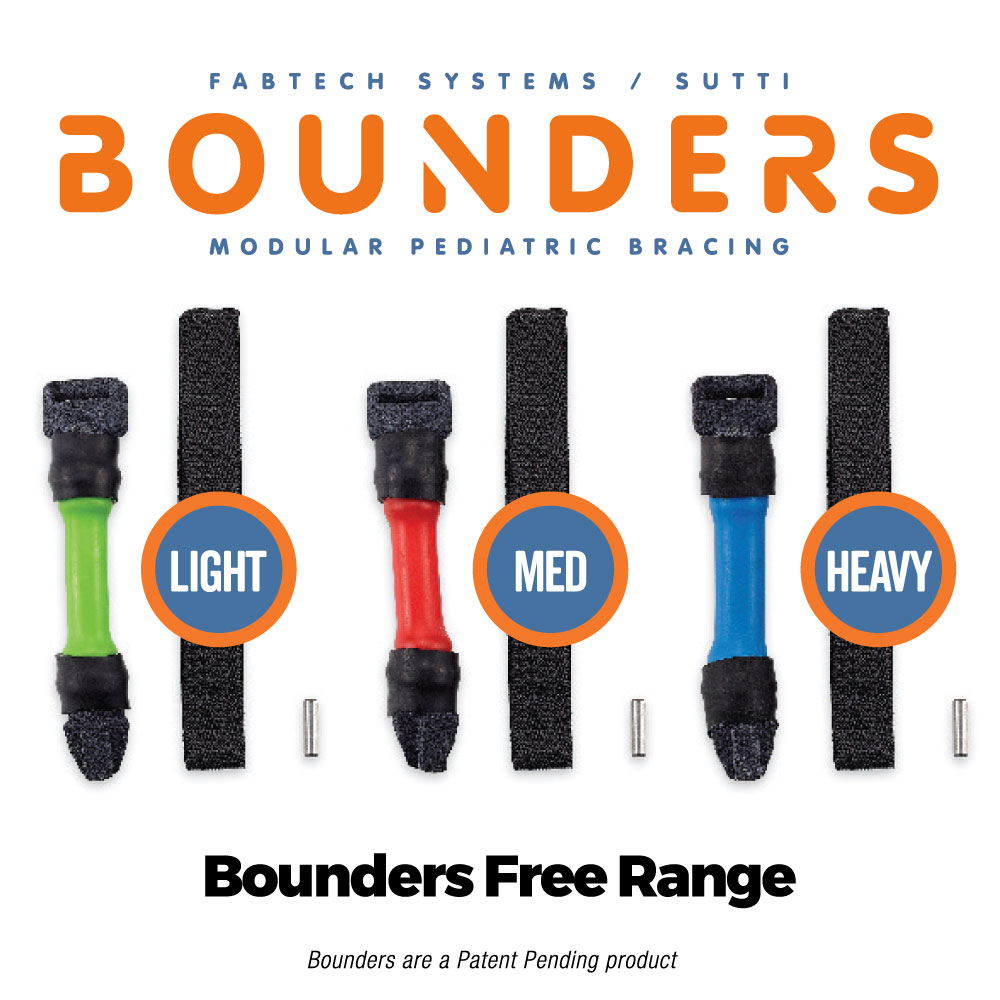 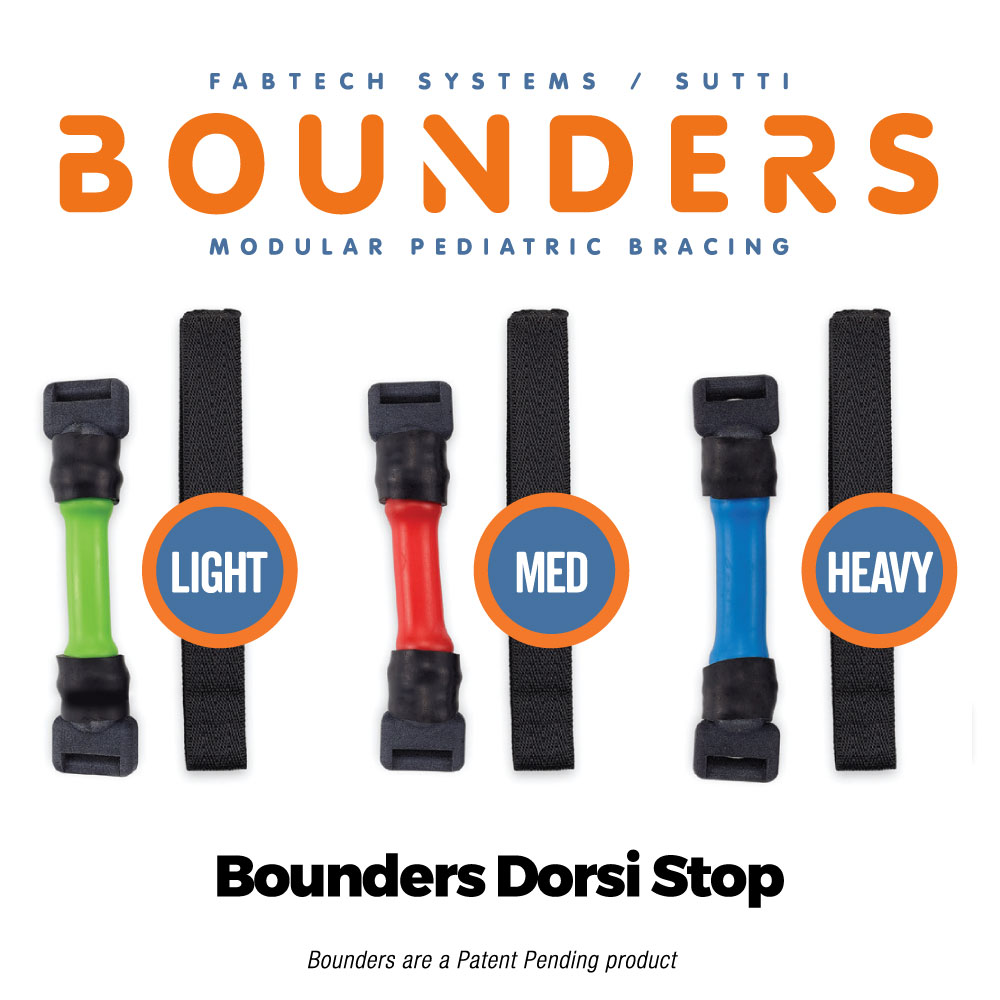